Tv Series Tweet, recent tweets by the most popular tv series! TvSeriesTweet is the new app for smartphones and tablets: 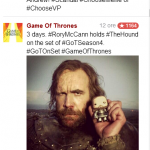 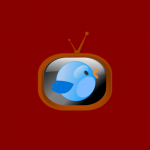 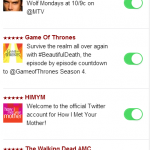 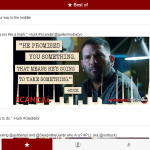 The app is made using HTML5 + Javascript and compiled with Cordova; the code was organized with Backbone (development framework) and the GUI with Ratchet 2.

Release 1.8: explore the positive and negative trends revealed by our sentiment analysis

Windows Phone users can’t hide Series, we’re fixing it within the next updated.

Most of my work is requested by users and developed for free, for the sake of doing it.

If you want to me to go on for centuries, please consider donating some cents!
We use cookies.OkRead policy